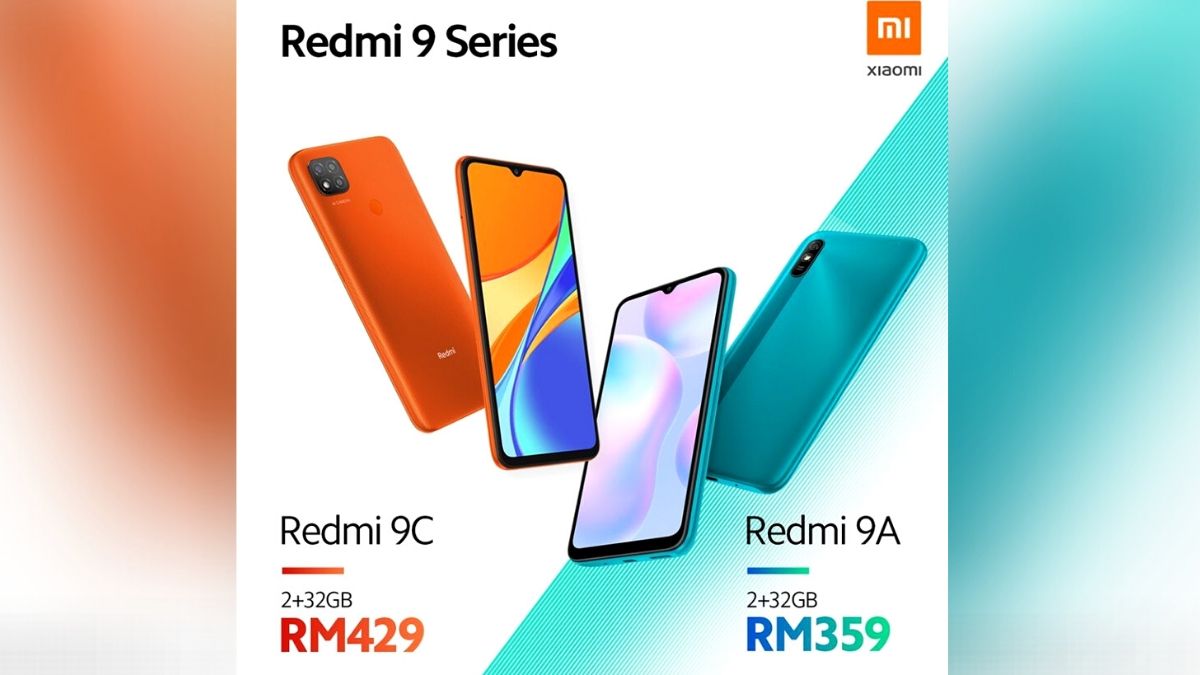 Redmi 9A and Redmi 9C smartphones have made their debut in Malaysia. The newly launched Redmi phones are toned-down models of the Redmi 9 that was launched earlier this month. Both the smartphones sport a 6.53-inch HD+ display. They have 2GB of RAM, 32GB of internal storage, and a 5,000mAh battery. The Redmi 9A is powered by octa-core MediaTek Helio G25 SoC, while the Redmi 9C packs MediaTek Helio G35 SoC. Xiaomi is yet to reveal the global availability of the newly launched smartphones.

The Redmi 9A price has been set at RM 359 (roughly Rs. 6,300) for the 2GB + 32GB storage variant. The phone will be available to purchase via e-retailer, Lazada starting July 7 for an introductory price of RM 319 (roughly Rs. 5,600). It comes in Midnight Grey, Peacock Green, and Twilight Blue colour options.

The Redmi 9C, on the other hand, comes with a price tag of RM 429 (roughly Rs. 7,500) for the 2GB + 32GB storage model. It’ll be up for sale towards the end of July, Xiaomi revealed. The phone comes in Midnight Grey, Sunrise Orange, and Twilight Blue colour options.

According to a Xiaomi poster published on Malaysian news portal, SoyaCincau, the Redmi 9A and Redmi 9C, both have an additional 3GB + 32GB and 4GB + 64GB storage variant respectively for the Indonesian market, but their pricing and availability details remain unclear.

Is Mi Notebook 14 series the best affordable laptop range for India? We discussed this on Orbital, our weekly technology podcast, which you can subscribe to via Apple Podcasts or RSS, download the episode, or just hit the play button below.